Most Americans limit their ability to build wealth as they pursue expensive degrees, “respectable” careers, and spend like they’re in Congress to impress people that they don’t even like.

It was 2016, and I was sitting at my desk at my corporate job in Silicon Valley when a news notification popped up on my MacBook that I couldn’t resist opening; it was about Liang Zhao Zhang, a janitor for BART (Bay Area Rapid Transit), who made over $270,000 the previous year. That wasn’t a typo, and you read that correctly; a janitor in San Francisco makes over $270,000 a year.

Liang sometimes works 17 hour days and takes almost every single overtime slot available at his job; in fact, over $162,000 comes from working overtime.

If you haven’t been to the BART stations in SF, I can vouch that they’re pretty unsanitary, and Liang has a tough job (he works at the Powell station). When I lived in the Bay Area, I remember walking into the BART station and seeing drug needles on the ground, smelling urine from the homeless population, etc.

Liang isn’t alone in the list of people that work “blue-collar” jobs and earn a higher income than most college graduates.

And then there was me.

A 25-year-old college-educated Silicon Valley techie with two degrees making 50% less than Liang, living in a town where a rent payment of $2800 for a 2-bedroom shoebox was “average.”

Not only was Silicon Valley rent brutal, but taxes were insane; I was paying 9.3% in state taxes (thankfully, I now pay zero as I moved to Texas).

I began thinking about how ridiculous the Silicon Valley tech situation was. Many of my peers (and admittedly myself) remained in the Bay Area for the “status” that comes with saying we live and work in Silicon Valley.

You’ll hear many Silicon Valley techies mention that they stay in the area for the “opportunities,” but that’s often false.

You have a janitor in SF with an insane work ethic making over $270k a year and more than likely doesn’t care that people view his work as “menial,” given that he didn’t want to stay anonymous in his interview and provided his first and last name.

Drive a few blocks from where Liang works, and you’ll be at the headquarters of a few major tech companies, where the average product manager, marketing rep, etc., make 50% less, just like I was.

I realized that I was the dummy and not Liang. If we’re all honest here; I would have rather (at the time) made 50% less than Liang because I was 25, immature, liked telling people that I “live in Silicon Valley,” and would have been embarrassed to tell my friends that I was going to become a janitor.

Opportunities exist in any city and any field, and my pride was what was holding me back from achieving a better financial future.

America’s obsession with “prestige” has devastating financial consequences for Millennials and Gen Z.

My Millennial peers in Silicon Valley were in a similar situation in regards to having a decent salary, high rent, and terrible taxes. I was at an advantage given that I didn’t have student loans from a prestigious university; having six figures in student debt from Berkley wasn’t as uncommon as you’d hope.

Looking back, I remember telling my former colleagues and mutual acquaintances that I went to Arizona State University, as I had a scholarship. They’d often respond with a snide remark such as, “Isn’t that the number one party school in America?” or “Doesn’t Playboy recruit there?”

Finally, I had enough of the “I’m better than you because I went to Berkley or Stanford” type of remarks.

I remember talking to a former colleague and going, “So how did going to Berkley work out for you? You and I are sitting across from each other and working for the same employer, with the same job title and grade level earning the same base salary. The only difference is that you have to pay off $100,000, and I don’t.”

I know you’re thinking, “Ouch. That was Mean.”

This man’s parents (like many others in our society) pushed him so hard to get a degree from the best school that would accept him because of the “prestige” factor.

At the time, he had six figures in student debt and a decent paying job, but the cost of living quickly canceled that out. The ROI on his time and education was terrible; he would have been better off going to a community college and then transferring to an in-state school (or not going to college and pursuing a different path).

Now that I’ve been in the corporate world for the past 8 years, I can be the first to say that nobody cares (or even asks) what school you attended at a certain point. At this stage, all that customers care about (I’m in sales) is that I can deliver what I promise. Heck, I met a gentleman recently that works at my same company and didn’t even go to college.

Your 20s are the best years to build wealth. You typically have fewer responsibilities and financial obligations and more energy to take on side hustles and invest the profits. Since I went to “the number one party school in America,” I was able to avoid student loans and invest the majority of my earnings.

When I decided that I no longer cared about the “prestige” of living in Silicon Valley, I relocated to Austin, Texas. Within about 14 months, I nearly doubled my net worth (and my happiness because the people in the south are awesome).

The last time my former colleague and I spoke, he was still living in the Bay Area and barely surviving financially due to the high cost of living and student debt.

Native-born Americans should look to immigrants if they want to improve their financial circumstances.

Not all of America is obsessed with higher education, living in a “hip” town, and having a “respectable” career.

Despite what you hear on the news, immigrants tend to have an incredible work ethic, are more entrepreneurial than native-born Americans, and have better savings rates. According to the Kauffman Entrepreneurship Index, every year from 1996 to 2016, the pace at which immigrants started businesses outpaced U.S.-born individuals two-fold.

That’s the difference between many native-born Americans and immigrants. Many immigrants care less about having a job that comes with status, and they care more about providing for their families. I know this first hand because I come from an immigrant family.

My grandparents (who cared for me after my mom passed) didn’t have the opportunity to go to college, like Liang. They had to figure out another way to survive, and my grandfather didn’t speak any English.

My grandfather came to America as a young man with his siblings after he lost his home in World War II with minimal belongings. He had no choice but to hustle, and he worked in the restaurant industry. He eventually opened his restaurant with my great aunt and did well enough to retire comfortably in his 60’s, and still didn’t speak fluent English.

The man knew how to hustle, and I credit him for teaching me that work ethic is important, that going to college wasn’t going to cut it, and it’s far less important than working hard and providing value.

My grandfather also ensured that he saved well; he had no debt, bought used/older economy cars, never wasted food, and never-and I mean ever-ate at restaurants.

That’s another key takeaway from American immigrants; they are practically allergic to debt. According to a Pew Research Center study, 34% of foreign-born Hispanic Americans report no credit card or installment loan debt of any kind, as compared to just 19% of the general population.

When I lived in Silicon Valley (and even now living in Austin), I’ve grown accustomed to neighbors, colleagues, and friends driving cars they have a monthly payment on, having credit card debt, and buying more than what they can consume to impress strangers.

I’m not saying that I’m perfect by any means. I’m not as frugal as my grandparents, but I’m also not a big spender. I drive a 15-year-old car, live in a small one-bedroom apartment, rarely eat at restaurants, and buy stock with my discretionary income. These actions have helped me build a net worth of over $500,000 before I turned 30.

I say this in many posts because it’s true: explore all career options before taking on debt to obtain higher education in pursuit of a “sexy job.” There are many Americans that are far “less educated” by society’s standards earning more than college graduates, and you shouldn’t care if society views you as “less educated.”

Lastly, take a lesson from American immigrants and shift the focus from spending to impress others to saving and investing towards your future (and creating a better life for your family). There’s no shame in driving an old car and living like a college kid in a crappy apartment.

Here’s proof that I practice what I preach…below is my 15-year-old car!

This article is for informational purposes only. It should not be considered Financial or Legal Advice. Not all information will be accurate. Consult a financial professional before making any major financial decisions 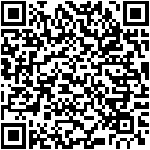