Easier and cheaper to produce, It could provide protection against all the strains of COVID-19 & other coronaviruses

We are at crossroads against the fight for COVID-19. While vaccinations in different regions of the world provide hope, raging new variants are adding a cause for concern. A year ago, we were trying to better understand the coronavirus and hopefully find a cure in the shape of a vaccine. Now, we have a vaccine, but we have to deal with a bunch of regional variants which are supposedly much more contagious than the original version.

While the U.K. Brazil & South Africa have been battered with variants — B.1.1.7, B.1.351 & P.1 respectively, you can add B.1.617 to the list. This latest addition has originated in India and is causing havoc to the local population. Obviously, the biggest cause for concern among global health authorities is whether the currently developed vaccines are able to neutralize these newly found variants. If not, the scientists will have to tweak the vaccines every time a new variant is found and this might pose a major challenge in combating the pandemic effectively.

Scientists in an effort to stay ahead of the curve and now working on developing a vaccine that is not only easier & much cheaper to produce but could also tackle all the current & future strains of COVID-19 along with other coronaviruses. Researchers at the University of Virginia (UVA) & Virginia Tech have conducted successful animal trials on such a vaccine. The innovative approach used in the process could materialize $1 a dose vaccine, which can be produced in existing factories around the world.

According to the details, UVA Health’s Steven L. Zeichner, and Virginia Tech’s Xiang-Jin Meng, prevented pigs from being becoming ill with a pig model coronavirus, Porcine Epidemic Diarrhea Virus (PEDV). The vaccine would apparently also solve the problem of storage & transportation — something which is of key importance when it comes to vaccinating people in the remote regions of the world. The vaccine itself was created using a new platform Zeichner invented to rapidly develop new vaccines.

“Our new platform offers a new route to rapidly produce vaccines at very low cost that can be manufactured in existing facilities around the world, which should be particularly helpful for pandemic response.”

The platform basically works by synthesizing DNA that directs the production of a piece of the virus that can instruct the immune system on how to mount a protective immune response against the virus. That DNA is inserted into another small circle of DNA called a plasmid that can reproduce within bacteria. The plasmid is then introduced into bacteria, instructing the bacteria to place pieces of proteins on their surfaces. The technique uses the common bacteria E. coli.

Researchers had a large number of genes deleted on the E.coli, including the ones on its exterior surface. This enabled the immune system to effectively recognize and respond to the vaccine antigen placed on the surface of the bacteria. To produce the vaccine, the bacteria expressing the vaccine antigen are simply grown in a fermenter — just like the ones used in common microbial industrial processes like brewing. All of this requires only 2–3 weeks to accomplish.

The vaccine developed targets the viral fusion peptide — a part of the spike protein of the virus that is found universally in all coronaviruses. Also, this fusion peptide has been found not to change in all the resulting many genetic sequences of COVID-19.

Meng and Zeichner made two vaccines — one for COVID-19 and the other one for PEDV. Both coronaviruses are distant relatives and share several of the amino acids that constitute the fusion peptide. PEDV infects pigs, causing diarrhea, vomiting, and high fever. PEDV gave researchers the ability of the vaccines to offer protection against a coronavirus infection in its native host. While the COVID-19 vaccine candidates were used in non-native hosts, such as monkeys or hamsters, or in mice.

According to the trials conducted, the vaccine against PEDV and the vaccine against SARS-CoV-2 protected the pigs against illness caused by PEDV. Although they did not prevent infection but protected the animals from developing severe symptoms — owing to a much vigorous immune response. Researchers are now preparing to replicate the encouraging results in human trials.

Complete Research was published in the Journal of PNAS. 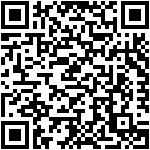