One day, those zits will make you smile.

If you want to age slower, you can. Although we all age differently, much of how fast you age is up to you. As hard as it is to believe, aging is not only about your genes.

Do you know people who are near your age, but look a lot younger than you do? I’m sure you know many of them who look much older too. I know 40ish-year-old men who look and move like a worn-out Bernie Sanders. I also know active and healthy people in their 80’s who look 20 years (or more) younger than their chronological ages.

What’s the difference? Some people do what they can to slow down the aging process. They adopt lifestyles and attitudes associated with living younger longer.

I used to think how we age has little to do with intentional effort. But I know better than that now. So whatever I can do to apply brakes to the speed of my body’s wear and tear for a few years…scre-e-e-ch.

Scientists constantly discover more about how our amazing bodies work. We have access to information about living younger longer that wasn’t available to our parents and grandparents. I plan to use as much of it as I can for as long as I can.

Recently, I discovered a few science-backed surprises about slowing the aging process.

The goodness of zits is in your future.

It’s hard to see anything positive about zits, especially when they declare war on your face. But dermatologists noticed that people who recovered from acne get wrinkles and skin-thinning later in life than people who never had it.

Scientists attribute the reduced aging of the skin to longer telomeres, the protective caps on the ends of your chromosomes. They use telomeres to measure aging speed.

It’s as if nature rewards you for the years you spend in acne agony. If you have acne, your skin ages slower. You’ll have fewer wrinkles. The same is true if you suffered from acne while you were younger, but now you’re over it. You probably look younger than people your age who don’t know what it’s like to live with pimple problems.

I doubt that anyone appreciates acne. But when you’re older, you’ll appreciate slow-aging skin and having fewer wrinkles. Who would have imagined anything good could come out of zits?

The milk you drink makes a significant difference.

The argument of whether humans should drink cow milk has been around for years. We’re not about to settle that dispute here. But if you drink cow milk, the type you drink makes a big difference in how fast you age. You get benefits from nonfat and low-fat milk that you don’t get from milk with higher fat content.

A study of 5834 U.S. adults who consume milk found “high-fat milk drinkers have more advanced biological aging than low-fat milk consumers”. According to the findings,

“For each 1 percentage point increase in milk fat consumed (e.g., 1% to 2%), adults had more than 4 years of additional biological aging.”

The more milk fat, the shorter the telomeres in this study.

Unfortunately, you can’t pig out on low-fat cow milk to remove wrinkles. The frequency of consumption does not affect telomere length. But if you drink cow milk and you want to slow your aging process, stay away from 2% and whole fat milk. Instead, consume 1% or nonfat milk.

The number of babies you have can make you age slower.

Another surprising, science-backed way to slow down your aging process is to have more babies. Seriously. You might think having a house full of children ages you. But that’s not how it works for moms.

Scientists studied a group of women for 13 years. On average, the women had five or more children during that period. The scientists found over that time, those with more surviving children had longer telomeres than those with fewer children.

According to the study, a potent antioxidant, estradiol, “increases dramatically during pregnancy (up to 200 times non-pregnancy levels)”. This antioxidant protects telomeres and increases telomerase activity. Another reason is that “Pregnancy and offspring rearing may attract higher social support resulting in a net energetic gain (metabolic energy that can be allocated to tissue maintenance), which in turn may slow down the aging process”.

Believe it or not, having more children may slow the pace of cellular aging. You age slower than you would if you did not have children. If you have more than one child, you’ve already slowed down your aging process.

What these studies have in common

All of the studies mentioned telomeres. As stated earlier, they’re the protective regions on the ends of your chromosomes. Imagine the plastic ends of shoestrings. The ends prevent the strings from unraveling. Telomeres are like that. They are the caps that protect the chromosomes from damage.

Telomere length is an index of biological aging. The older people get, the shorter the telomeres.

Now is a good time to start if you want to slow down the aging process.

I’m sure you’re surprised having more babies can help you age slower. The same is true for drinking cow milk. If you drink it, drink the one that benefits you most.

Since genes don’t determine the whole story — lifestyle and attitude play significant roles — everybody can age slower if they want to. 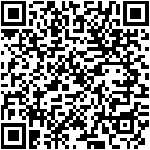