If you understand life isn’t only about you, you’re already winning

Billionaire entrepreneur, Warren Rustand, believes it takes the average person until the age of 45 to figure out what they want to do with their life. Then, according to Warren, most people won’t grow the guts to live their why until after they’ve had their first heart attack.

Whether you agree with Warren’s thoughts or not, it’s hard to argue with the idea that figuring out what you want to do with your life is a massive question and it’s not an easy one to answer.

But the good news is if you can identify the path you want to take before you’ve started your second mountain, and you’ve actually begun to do something about it before your doctor makes her way into your holiday card rotation, you’re ahead of the game.

I was once told that we each need two kinds of teachers in our lives: ones who dig in with us to help us find our way and others who guide us to maximize our way.

As a coach, I make a good part of my living as the first kind of teacher — working with people to simplify and clarify their why before passing the baton to the second kind of teacher who helps people scale their impact.

It may not be easy to spot whether you’re on the right track or not. But from my experience — in addition to the basics like prioritizing your health, not acting like you have all the answers, and picking up a book from time to time instead of defaulting to your phone — if you’re already doing a variation of the 8 things below in some form or another, you’re doing better than fine.

In fact, you may have reached the stage where all you have to do is keep walking as the only thing standing between you and your path is time.

1. You’re getting faster at saying no to opportunities that don’t align with your gut and goals

Saying yes fast and saying yes often is a solid strategy when you’re starting out in your career. This is especially true if you aren’t sure what you want to do as few things speed up our learning curve faster than lived experience.

There should come a time though when you begin to hesitate when offered an opportunity that may look good on paper but feels off internally. Maybe the people are cool but not quite right. Or maybe the short-term gain doesn’t line up with the direction you want to be headed.

Keep reminding yourself that every time you say yes to something you’re effectively saying no to something else. Author Mark Manson got it right —

“We are defined by what we choose to reject. And if we reject nothing we essentially have no identity at all.”

2. You’re brave enough to put your work out into the world

Your dots will never connect if you aren’t consistently sharing your thoughts.

Putting your ideas, experiences, and creations out into the world isn’t easy. As a guy in the communication world who has a stutter, I don’t know how deep your fears run, but I feel you. If you open yourself up, some people will do their best to shut you down. As long as human beings continue to be human this will not change the only way for some people to feel big is by keeping other people small.

Keep fighting hard to ignore these people. Both clarity and confidence aren’t only gained by getting things right. They're also won by trying — and one of the most effective ways to learn how you and the world best collide is by not only following your curiosity but also sharing it.

3. You’re involved in your direct community

“Working one-on-one with people is where the best stuff lies!”

I couldn’t agree more with this thought from my friend and therapist Nick Wignall.

From my experience, the people who are most confused about where to take their future spend the least amount of time with the community directly in front of them. After all, it becomes seriously challenging to understand where you’re best served if you aren’t identifying what it is about you that helps people grow.

Keep tracking how you best support people no matter how small or insignificant it may seem. Pay attention to what people compliment you on. If you can find that intersection where your skill-set collides with the people you care about, it’s only a matter of time before your path becomes obvious.

4. You have the stones to ask for what you want

“Most people aren’t paralyzed by rejection — they’re paralyzed by the thought of rejection. The sooner you learn that being told no hurts a helluva lot less than not knowing the better!”

A mentor of mine shared this advice with me when I was starting my career. He went on to tell me that people who consistently move forward do one thing really well — instead of getting cement feet by thinking about what’s the worst that could happen, they ask themselves what’s the best that could happen and then they ask for what they want.

So keep reminding yourself that no one’s coming to save you and keep giving yourself permission to create your own green lights in life. It’s true what they say that the more no’s you collect the easier it becomes to get to the yes’s that matter.

The name of just about every game is pattern recognition. It becomes very hard to spot these patterns if you aren’t prioritizing time for yourself to better understand yourself.

If you’re consistently asking yourself these basic questions and tracking your answers, you’ll be surprised by how much they can help you clarify your muddy thoughts.

Most people today think being busy is a sign of importance when in reality it’s a sign of a lack of focus.

Your future speed depends on how well you prioritize and embrace slow days.

6. You’re doing the work that hurts

“Follow your passion!” “Focus on your strengths!” I’m always been amazed by how many people go Instagram nuts on these expressions. People we deeply admire don’t just do what comes easily to them, they also do the work that hurts.

A lot of the most successful businesses were built by people trying to solve a personal problem. The same goes for a lot of successful individuals. Keep attacking what frustrates you and fight to get just one percent better if only for a few minutes each day. Slowly improving a skill that challenges you has a funny way of showing us glimpses of our future capabilities.

Good things happen when we follow our blisters instead of getting caught up in the idea that we should chase our bliss.

We live in a world that makes it very easy to beat ourselves up. “Nancy’s doing this!” “Fred just bought that!” “Holy Shit! Did you see the pictures from Margaret’s vacation!”

People who move forward today aren’t any smarter than you or me. They simply fight hard to block the noise and let other people do them while they focus on learning how they best operate.

8. You realize life’s not all about you

When it comes to life realizations, few are more important than realizing the world doesn’t stop and start at your expense and for people to care about you, you gotta care first.

Most people wake up each day and think about all the things they need to do. Work hard to slow down that train of thought as the most valuable people take the time to truly understand what other people value.

I’m not going to pretend that our goals and work titles don’t matter. But at the end of the day, the people who prioritize being the best friend, parent, and partner consistently do well for themselves. Author Ryan Holiday said it best — “Helping people better carve their own path is the best way to carve your own.”

Prioritizing time for yourself to better understand yourself is a must. The same goes for doing the work that hurts and opening yourself up to the world as nothing worth having comes cheap.

But for me, if there was one sign that you’re ahead of the game it’s that you realize life isn’t about you. After all, people love to say that personal freedom is the key to a good life. But research has shown again and again that personal connection is what leads to a great one.

After all, life is a people game. 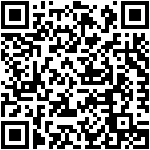