We have all heard Bitcoin’s genesis story - A mystery man by the name of Satoshi Nakamoto who uploaded his code to the internet in 2009, effectively launching Bitcoin, and then disappears into thin air to never be heard from again.

A man who apparently acquired Ph.D. level knowledge of cryptography, computer programming, economics, then coded the world's most disruptive technology of the 21st century and uploaded it to the internet at near-perfect timing (just after the 2008 financial crash, giving it fertile ground for grassroots implementation).

This superhero then vanishes without a trace to never be heard from again — leaving behind potentially millions of bitcoins under his custody, untouched.

Ladies and gentlemen — This is comic book fiction.

This person, or rather ‘Team Nakamoto’ that is responsible for creating the fastest growing, trillion-dollar financial market in the history of mankind — was not accomplished by simple chance, coincidence, or a random actor.

Rather troubling is this group also likely has custody over the largest controlling share of Bitcoin — and nobody knows who they are or their true intentions.

Why is Bitcoin’s genesis story shrouded in secrecy?

It’s been argued Satoshi did it for philanthropic or otherwise noble reasons. Or maybe the reason Bitcoin’s genesis story is shrouded in secrecy is that it’s meant to be kept a secret.

Why is the Genesis Story so important?

The fastest-growing financial market with trillions of dollars invested into it — Wouldn’t you want to know who created it and their intentions?

The financial future of humanity (without exaggeration) could very become securely founded on blockchain technology, and we don’t yet know the origin or intent of the creator(s).

Bitcoin has no branches, no offices, no staff, no one knows who created it, yet over 2 trillion dollars (that is 2 with 12 zeros after it) have been invested into this financial market, and nobody is questioning this?

Am I the only one who sees something seriously wrong with this picture?

Possession is an interesting concept. We own our homes, our cars, our clothes, and in our language and culture it’s either mine or yours. If you were to ask who own Bitcoin, you may likely get a response,

Nobody owns bitcoin, it is decentralized

Still, it’s difficult to move away from the ‘possessiveness’ of our culture. Maybe looking into ‘ownership’ will give some insight into the true origin story of Bitcoin?

The place where ideas are given ownership is under patents and trademarks and if we look for whom owns the trademark for Bitcoin, the results may seem surprising, to say the least.

According to the U.S. trademark office document 88055293, the trademark for Bitcoin was owned by Coin Legal Ltd (the application was abandoned on 20/10/26).

The CEO of Coin Legal Ltd. as of June 2018 was Olof Gustafsson who is also the CEO of Escobar Inc. It’s also worth noting the initial application for the trademark was made by Roberto De Jesús Escobar Gaviria — the brother of the deceased Colombian drug lord Pablo Escobar.

In case you haven’t heard the name Pablo Escobar, he is the infamous Drug Lord of Columbia and ran the largest drug cartel in the United States from the 1980s until the early 1990s. He is considered the wealthiest criminal in history with an estimated net worth of US$30 billion by the time of his death.

It’s been rumored that one of his greater problems was cash. The volume of transactions he was performing made the storing, transportation, safekeeping, and transacting of cash a rather challenging issue for him.

At this point in time, it may be worthy to point out that Pablo Escobar would have likely been the ideal end-user for Bitcoin (as well as his associates).

DietBitcoin (DTT) no longer exists nor does the website. Yet, on the website was published a 281-page book called, The True Story by Roberto Escobar: Pablo Escobar’s Dietbitcoin which can still be found on various hosting sites.

In this book Roberto Escobar says on Page 263:

“I am the first person in the world, Roberto De Jesus Escobar Gaviria, to publicly come out and claim that Bitcoin was created by the American Government, and I am not going to be the last person to say this. The world is going to wake up. The world is going to see that this was created by them. And when they see it, it is too late, and when the CIA founds out that the world knows about this, the CIA is going to sell all of their coins, and they will destroy the value of Bitcoin…”

It is estimated that the US government, is one of the largest holders of Bitcoin. This comes after in particular the acquisition of the Silk Road and more recently with civil forfeiture of bitcoin wallets linked to Silk Road and dark web activities.

Who created Bitcoin and why is Bitcoin’s greatest secret. The public story that was given to us about Mr. Satoshi Nakamoto just doesn’t hold up.

Secrets are intended to be kept hidden and if there is any truth behind the involvement of the CIA and Escobar in the creation of Bitcoin- it would be fair to say this would be a secret worth keeping.

As extraordinary as these associations would seem to be, the pieces fit nicely together. Regardless of where you sit on the fence with Bitcoin’s genesis story, it’s an important story we should get right — especially if the entire world is going to base the future of their financial systems upon blockchain technology.

Fast Payday Loans in No Time

WhatsApp Confirms You can Link 4 devices through One Account 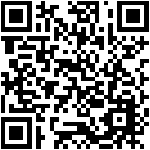