I’m not sure who I’m writing this for — possibly no-one.

That’s because when you’re in your 20s the road ahead seems wide open, even if horribly confusing at times. You’re not thinking about how to make life good in 20 years’ time. AND your skin is still taut; you can’t even imagine slightly-wrinkly you.

And when you’re in your 40s you wish you’d known some hard truths about life when you were younger — but you also know you wouldn’t have listened. You know you had to get out there and “do it” for yourself.

The truth is the lessons we dredge from life are personal, mostly based on our mistakes, regrets — and triumphs too.

But there a few things that seem to make it onto most people’s list, at some point or other. Here they are.

When I was a kid I read a quote from German poet Friedrich von Schiller that said “keep true to the dreams of thy youth.” It’s cool quote but now I think it might be setting you up to walk into a trap. The dreams of your youth might hold you to a path that doesn’t suit the person you become. Stay on the experimental side of the line for as long as you can.

2. Saving has psychological, as well as financial, benefits.

Being poor, to the point where it dictates all your decisions, is more than tough; it takes a slow, steady toll on your mental state. Having some money in the bank allows you to breathe out. Save, even a tiny bit, as soon as you can. And keep saving. It’ll give you options.

3. Love your mom (if she’s loveable) but don’t live for her.

I was talking to a client recently about how he hated his job as a lawyer. But his lawyer mother who had raised him on his own was so proud of him and his career that she told everyone who would stand around long enough to listen. My client said he went into the law for her and he now felt trapped by it. Financially, as well as by his mother’s pride. Moral of the story, love your mom but live your own life. Or maybe don’t do the same job as your mother.

4. Life won’t let you stick rigidly to your plan.

Try it and see. It’s good to lay down plans, it’s great to focus but I don’t know a single person who hasn’t had their best laid plans rolled over, or pushed aside or even torn up, over time. Commit and strive to get better, but stay light on your feet.

5. Your career is a subset of your life (not the other way around).

A great career is a fine thing. But make sure you are a person who doesn’t need a job title to function well or to have a presence in the world. Because the Rest Home is the great leveller. One day, no-one will care what you did. No-one will care that you worked 80-hour weeks for years and became a very competent middle manager. They’ll only care if you’re fun to talk to at happy hour. So be a person first.

6. A friendship doesn’t have to last forever to be good.

Some friendships are born to die young, that’s the truth. People float in and out of our lives all the way through them. Just as it’s important to let a bad thing go; it’s also okay to let a good thing go. The goal is to stay open to friendship all of your life because cool people are everywhere.

And people who are nice — and “friend-zone” types — at 20 often make the best life partners. The people who are wild and crazy and cool and sexy at 20 should come with a red alert sticker. If that’s who you’re dating in your twenties, let’s just say you’ve been warned.

8. Life can be great on the other side of heartbreak.

It may not feel that way at the time, but you will be okay. I recall a woman whose life partner sneaked out on her in the middle of the night with no explanation; she didn’t see how she’d ever be able to function again. When I saw her again four years later, she was thriving in a new relationship. Keep the faith. In God or the Universe if that is your way. But, most of all, keep the faith in yourself.

9. If you persist you will get good at something. Guaranteed.

You just will. And you will deserve everything that comes out of it. 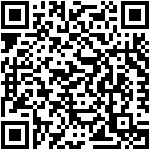