From February to April 2020, everybody talked about the Pi Cycle, a measure of bitcoin’s price across two timeframes displayed as lines on a chart. When the lines cross, bitcoin hits its peak and goes into a bear market.

Those lines crossed two weeks ago, just before bitcoin hit its all-time high of $65,000.

And everybody said, “meh, it has to be wrong.”

A Pi Cycle cross is supposed to be the signal for the market cycle peak. That signal flashed. Everybody dismissed it.

What does that tell you about indicators?

People will believe whatever they want, regardless of what the indicators say.

Dismiss it at your peril.

When short-term movements go way more extreme than the general overall long-term trend, you need to pay attention. On the way up, you can notch that as one piece of data to suggest the market should fall (even though it might not). On the way down, you can use that as one more reason the market should rise (even though it might not).

Just wait until bitcoin’s price drops to a seemingly impossible $26,000 and altcoins get slaughtered. Then everybody will look back and say “the Pi Cycle was right!”

But will that be true?

Did you know there are at least seven Pi Cycle indicators? And they all cross at different times?

In this video, a mathematician found seven other combinations of short- and long-term price movements that catch the market cycle peaks from very different directions.

Maybe we’re looking at the wrong Pi Cycle? Or perhaps the Pi Cycle is not as much of a concern as everybody thinks?

When this Pi Cycle crossed, we saw none of the other “peak” signals. Of all the data models people use to identify market cycle peaks, only the Pi Cycle triggered.

(Technically, only one of the various permutations of the Pi Cycle triggered.)

Sometimes, the market just gets ahead of itself. Bitcoin’s price can drop 50% or more in the middle of larger uptrends. We’ve seen that happen more often than we’ve seen a Pi Cycle cross!

Altcoins can fall even further — sometimes even in the middle of a raging altseason, as we’ve seen in recent months. The difference is, they recover fairly quickly during the zooms of altseason. During the lulls, they can take weeks or months to get back to even.

While it’s safe to say $65,000 is not the peak of the market, that doesn’t mean we can’t drop a lot before we resume our path to that peak.

This is a volatile market full of massive risks and massive rewards. When the upswings bring 10x gains and the downswings bring 80% losses, buying and selling at the wrong time can hurt you.

That’s the nature of investing — you will never get the timing just right. You can, however, position yourself to benefit from shifts in momentum and sentiment.

Of all the data models we have for bitcoin’s bull and bear market triggers, Pi Cycle is the only one that triggered “bear market.”

At the very least, that might force us to consider all possibilities, not just the ones that you want to be true.

Mark Helfman publishes the Crypto is Easy newsletter. He is also the author of three books and a top bitcoin writer on and Hacker Noon. Learn more about him in his bio. 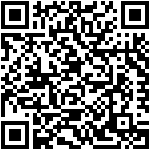