When It Rains It Pours — Sometimes For 2 Million Years.

When you think about long-lasting rains around the world, places like the vast rainforests around Earth and countries like Columbia come to mind. Sometimes, these rains get so out of control that they cause massive flooding, destroying millions of dollars worth of infrastructure and taking thousands of precious lives. However, what if I told you that there was once a time on Earth it rained for so long that it ultimately changed the course of how the planet is today and gave rise to an Earth full of creatures which would be talked about millions of years later. Let’s dive deep into the conditions and the impacts of the rain which poured for 2 million years.

The Earth’s Climate At The End Of The Permian Era

The Triassic Period started around 234 million years ago, marking the beginning of the long-lasting rainfall. This incident is now known as The Carnian Pluvial Event (Carnian was the period when these rains took place, and Pluvial means rain). But what was it that actually set the stage for such a bizarre phenomenon?

Scientists believe that a little before the Carnian Pluvial Event, there was a mass extinction that caused almost 70 percent of vertebrates and 90 percent of marine creatures to be wiped off from the face of the Earth. Many theories have emerged over the years for this extinction, ranging from the ozone layer collapse to an asteroid attack.

However, recent studies backed up by evidence found in rocks and sediments say otherwise. This new theory suggests that the mass extinction was caused due to burning coals. Geologists argue that at the end of the Permian era, sulfur emissions by these coals caused the death of species on land and sea, while acid rain from the same sulfur killed off the plant species which existed at the time, leading to exceedingly high temperatures.

A Storm That Was Brewing For Millions Of Years

The hot and dry climate of the Earth meant that there was a frequent monsoon that caused heavy rainfall around the years; however, it was no way near the amount that the planet was about to experience as the Triassic period began. Carbon dioxide emissions from multiple volcanic eruptions led to an average rise of over 5 to 10 degrees Celsius in the temperature. At the time, the Earth’s landmass was located on the supercontinent of Pangea. These arid conditions meant that the entire continent was humid, dry, and supported little life due to the mass extinctions which took place 10 million years ago. In Pangea, life was almost inhabitable: but then, long-awaited rain fell!

While burning coal and sulfur caused high temperatures and the extinction of species before the Triassic, the real culprit behind the two million-year rain were volcanic eruptions. These eruptions, which took place in Western Canada near British Columbia and Alaska lasted for a whopping 5 million years. By the time these ended, they had formed a layer of lava that was multiple kilometers thick. More notably, though, the eruptions caused huge emissions of carbon dioxide over an extended period of time. After the volcanic activity, the Earth was so humid that layers of clouds were pushed from the coastal areas to inland areas. As the saying goes, when it rains, it pours; it really started pouring, quite literally all over the Earth, for 2 million years.

How Do We Know About The Rains?

The Earth today looks nowhere near how it was when there were no continents. So do we know that this period of rain truly existed? The evidence once again comes from rocks and sediments which confirm the Carnian Pluvial Event. While scientists were expecting to find giant arid rocks, they instead found thickly layered rocks in giant lakes and evidence of coal swamps that confirmed their theory of a long period of rainfall. And as their evidence was consistent in multiple continents of the Earth, it was concluded that this extended period of rain happened at a time when Pangea was still together.

Transformation of Creatures on Earth

Today, it is common knowledge that the dinosaurs’ extinction is related to a meteor that hit the Earth. However, many people are not aware that these dinosaurs came into existence (in all their glory and abundance) in the Triassic period. They started off as small creatures which were the size of a turkey but later became larger than some modern buildings. The rise of the dinosaurs is consistent with the Carnian Pluvial Event. Back in the Permian era, these dinosaurs were almost extinct, with fossils found from this period making up only 5% of the total cohort. However, after the rainfall at the start of the Triassic period, these numbers skyrocketed, and over 80% of fossils found are traced back to this period.

What Caused A Boom In This Dino-Diversity?

After the rains, Earth started looking very different. Plants were abundant, and many rainforests came into existence. And with an abundance of plants came an abundance of food for these dinosaurs. They could now feast on the fibrous woods of trees and the large conifers that were around them. Not surprisingly, the dinosaurs which were once around 10 feet tall but only weighed about 25 kilograms transformed into giants that stood over 20 feet in length and weighed 3 tonnes. The dinosaurs in the highly sensationalized and loved (read: feared) Jurassic Period also find their ancestors in the species that existed in the Triassic Period.

After the rains stopped, the weather on Pangea was once again dry. But life on Earth had changed forever. The plant life was completely rejuvenated with conifers which spread all over the lands. More importantly, though, the Old Permian creatures’ evolution into the ferocious and diverse dinosaurs started a new period on Earth that would fascinate the world even millions of years later. 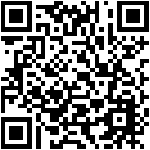