Did you know that?

There are a few caveats. First, you have to move to the San Francisco Bay area, one of the most expensive places to live in the entire world. You have to work up to 17 hours a day cleaning up after the city’s exploding homeless population. You have to be willing to pick up drug needles and mop up human waste, exposing yourself to unknown toxins and pathogens. When you’re tired, you have to be able to hide in a broom closet for a few hours, so your boss still thinks you’re working.

Finally, you have to work for a public transit system like BART, which receives billions of dollars in state and federal funding. (The general manager makes more than $400,000 a year.)

In other words, you have to rip off taxpayers — because nobody who runs a private enterprise is ever going to let a janitor get away with making nearly ten times their profession’s national median salary.

So there you go. It’s simple…

Working As a Janitor Won’t Make You Rich

In case you’re wondering, the average salary for a janitor is closer to $30,000. I know some janitors who make far less, and it doesn’t matter how much overtime they request.

Janitors in the Bay area like Liang Zhao Zhang have become heroes to the billionaire club over the last few years. They’ve made hundreds of thousands of dollars by working overtime, and there’s a coterie of bloggers and journalists singing their praises.

They describe Zhang’s 17-hour days as a sign of his “insane work ethic,” telling the rest of us our problem is that we’re simply “too proud” to do the kind of work he does.

Most of us with brains know janitors don’t make anywhere near that much money. They’re one of the most exploited and underpaid workforces in America. Zhang’s story is like something out of Monopoly. He landed on the right square. There was an error in his favor, and he’s managed to collect a few hundred thousand dollars. Unfortunately, that won’t even buy him a down payment on a house in San Francisco. It just sounds like a lot of money to anyone who doesn’t live there. Had Zhang worked as a janitor anywhere else in the country, he would still be poor.

Zhang wasn’t pulling himself up by his bootstraps. He was benefiting from a public utility’s incompetence, not to mention the conditions that created such a staggering homelessness problem in the first place. If we’re really being honest, Zhang’s financial win isn’t a success story at all. It highlights the massive failure of public institutions.

Alas, never underestimate the billionaire propaganda machine to take a story like this, and flip it upside down.

It’s what they do best.

The Rich Have a Massive Propaganda Machine

You can see why the super-rich love these kinds of stories. They take an exceptional case like Zhang’s, and they spin it into an entirely different reality, one where anyone can get rich.

All they have to do is commit all their waking hours to low-wage work, and rip off taxpayers. Or they just have to invest their life savings on a single stock, which is generally regarded as bad investment advice. Or they just have to hack some state’s lottery system. Or they just have to buy fast fashion from economically vulnerable countries and flip it for a profit in the states. The details change, but the moral remains the same.

It’s always about beating the system instead of reforming it. The hero of billionaire propaganda is always lucky and clever, and it never matters what collateral damage they cause. It doesn’t matter if taxpayers are getting cheated, or if a state has to shut down a lottery system that was supposed to fund scholarships. It doesn’t matter if they support child labor or sweatshops.

It doesn’t matter who gets hurt or suffers more. All that matters is that someone made a lot of money.

These stories ripple through our mainstream media outlets, then wind up on someone’s blog. Since the days of Horatio Alger, all kinds of writers have made money off propaganda to prop up capitalism. They sell this lie to our CEOs and politicians, who fall back on it to justify their inaction in congress. They tell these stories as evidence that you can still get rich. If you’re poor, it’s your fault — not theirs.

This kind of propaganda has one purpose: It’s to make you feel guilty for having a conscience and expecting others to have one too. Don’t ask politicians to tax the rich, they say. Don’t demand an end to massive subsidies and bailouts, or forgivable business loans.

Just find a way to cheat.

They Say Your Poverty Is Your Fault

The billionaire propaganda machine has a series of core messages. If the first one is to feel guilty for having a conscience, then the second one is that your poverty is always your fault.

According to them, it doesn’t matter what you do for a living, or how vital it is to society. The problem isn’t the economy, or the endless breaks and advantages given to the top 10 percent of Americans since the 1980s. The problem is you and your attitude.

They say the problem is that you wasted your money on a “fancy” degree, even though a degree is still required for most jobs, and most people didn’t go to Brown or Berkley. They went to a public college and still managed to accrue tens of thousands in debt. Scholarships and grants didn’t cover the cost of tuition— much less the hidden fees.

If it’s not your degree, the problem is that you spend your money on things you can’t afford, even though economic data points out that hardly anyone can live within their means anymore. It doesn’t matter how much they work, or how little they spend.

Billionaire propagandists dismiss data. Instead, they tell harrowing tales of frugality. They brag about living in poverty for years or doing something everyone else would consider unthinkable or inhuman. They know that one great story can distract everyone from facts.

Get everyone to believe their poverty is their fault. Tell them an unlikely success story. Wind them up. Watch them all go chasing after a mirage. They just saved Bill Gates a few hundred million dollars.

(Not that he’s grateful).

They Say Hating the Rich Is the Reason You’re Poor

There’s one last core message I’ve found in billionaire propaganda, and it’s this: If you want to tax the rich or hold them accountable in any way, then that means you must hate them.

Hating rich people means you hate wealth. Hating wealth makes you a communist, and it will keep you poor.

I constantly stumble across blog posts and magazine articles that spread this lie every single day. There are even books written on this premise. It’s some truly Orwellian stuff. When we learn about just what mega-millionaires and billionaires get away with, the propagandists launch a campaign to tell us that most of the super-rich are truly good people who made their money by bootstrapping, and that we should love them and not expect them to pay taxes, because they occasionally throw some money at charity. In so many words, love your oppressor.

Propagandists Have a Few Things in Common

After years of reading billionaire propaganda, I’ve noticed some common themes in the authors who write this stuff:

They follow the same recipe for wealth creation. They celebrate silent, abject poverty as a moral virtue. They glorify unsafe, exploitative working conditions. They contribute nothing to their communities but take advantage of everything they have to offer. They’ve actually never worked a minimum wage job. They go to great lengths to hide or minimize any help they get, since it undermines their core narrative. When they eventually catch a lucky break, they attribute it to their hard work — and completely ignore the evidence that they’re a rare exception.

Their stories are anecdotal and misleading. They know this. They know we can’t build a system off everyone cheating and outsmarting their way to the top. They don’t care. They write propaganda, and it’s based on the most powerful ideology out there. I’m not talking about capitalism anymore. It’s your dream. They take everything you want out of life and make it look easy to get — even though it’s harder than ever.

Don’t believe the lie. Demanding accountability for the super-rich doesn’t mean you hate them. It doesn’t make you lazy, or a failure. 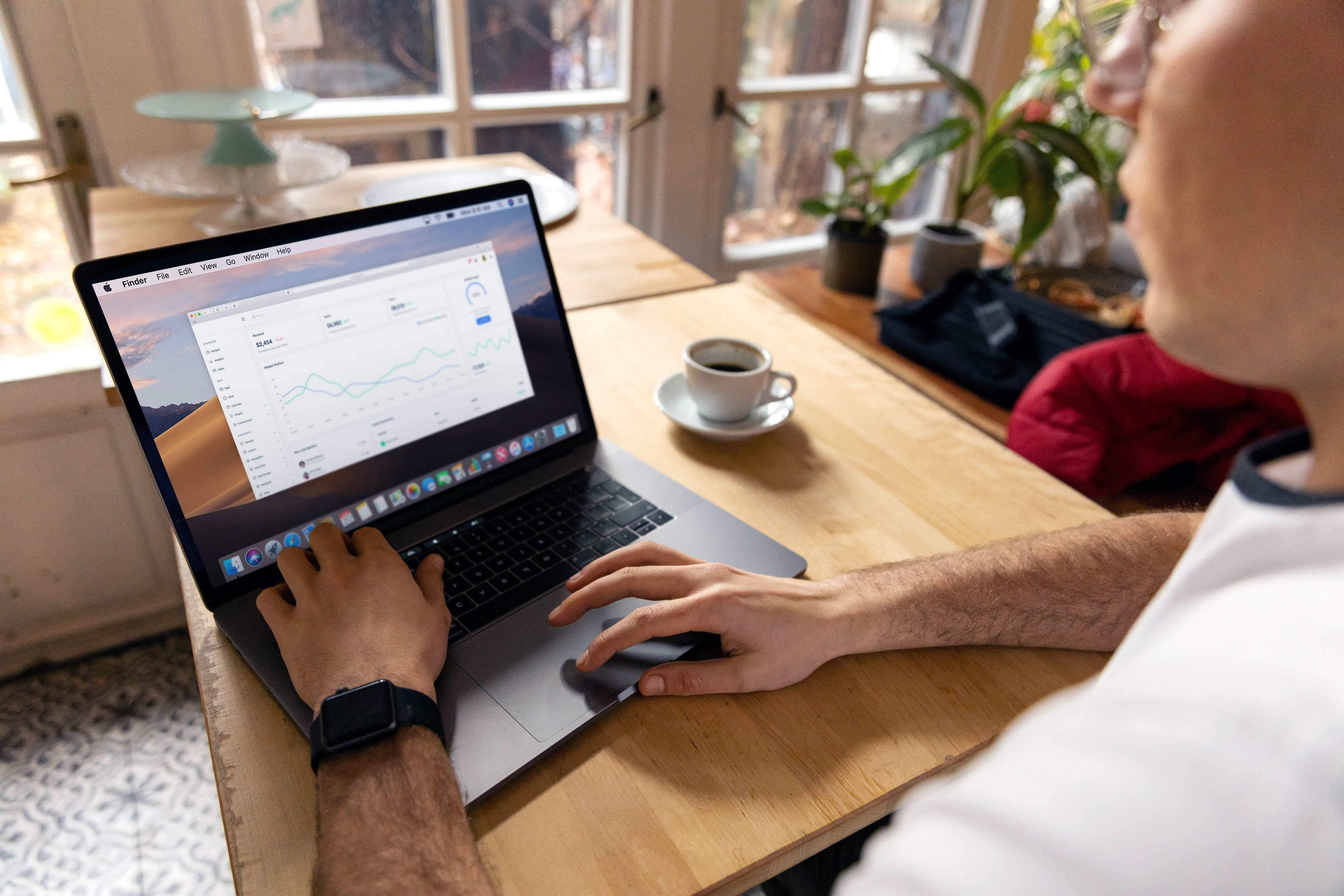 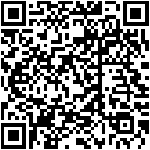