So please stop telling us.

Yesterday I read an article by someone who said you can get rich by waiting for your parents to die, and then inheriting their estate.

That’s what they did.

I have some problems with this, and not just because I don’t anticipate inheriting anything from my family. It occurred to me these “how I got rich” articles really have hit rock bottom lately.

And we have Jeff Bezos telling us:

Create more than you consume.

That’s hilarious, because Jeff Bezos became the richest man on earth by encouraging the opposite mindset.

Every time I read an article about how someone made a million bucks, I throw up a little in my brain. It’s not because I’m jealous. It’s because the advice is really, really, really out of touch. These articles tell me our society isn’t in such hot shape if everyone’s waiting for their parents to die just so they can start to build up some wealth.

And while I’m very sorry to offend anyone who might’ve written one of these articles, we need to have a chat about this.

I was so pissed off yesterday, I tweeted about it.

And someone else replied:

Now let’s talk about why we’re so sick of these articles.

It has nothing to do with your wealth.

We feel zero animosity toward your financial success itself. We’re glad you’re doing well. We salute your hard work.

You’re not really helping anyone.

Most of us already have side hustles. We know it takes gigantic amounts of jedi energy to turn a profit off them. We know there’s a lot of luck and circumstance that play into it.

We’re glad it worked out for you. We also know there’s a thousand other hustlers out there who do the exact same thing you do. They follow your advice to the letter. The magic doesn’t happen for them.

That’s right, but you look confused.

See, you’re doing a thing. It’s a very specific thing. You’re filling a niche, and there’s really only room for a few.

So, you’re one of the three anointed ones who make a decent income off their blog, or you’re the digital nomad who makes steady cash off selling clever t-shirts online. That’s great, but guess what?

Telling other people they can make a ton of money off doing exactly what you already do is a bit disingenuous. You don’t need to dash people’s hopes on the rocks. You can encourage and support creative endeavors, but promising them wealth is sketchy. Every time you write one of these, “How X Person Made It Rich Doing Y,” you’re building false hope unless you’re extremely concrete when you explain what you did.

If your brain just whiplashed, that’s the point.

If your advice were a photo, that’s what it would look like.

You contradict yourself every single day.

Here’s another thing that makes us cringe:

One minute you’re telling everyone to chill out and appreciate what they have, money doesn’t matter.

You’re back to writing about how we can make a million bucks by telling people how to sell cheap plastic crap online.

The truth is money does matter, and you know it. Money pays the rent. It buys diabetes medication and inhalers. It buys food. It pays for all kinds of things that people who already have money never think about.

If you don’t have money in the 21st century, guess what?

Abject poverty isn’t some far off thing that exists only in underdeveloped countries. It exists a few blocks away from the Starbucks you love. It exists on the other side of town. A lot of so-called middle class families are a couple of paychecks away from losing their homes, and it’s not because they’re lazy. It’s because the system has crushed them.

That’s why we would really, really, really appreciate it if you would stop gaslighting us with your superficial zen buddhism bullshit about wealth. It doesn’t click with reality anymore.

You ignore economics and privilege.

It’s been relatively easy for white people (dudes in particular) to make a helluva lot of money for the last few decades. It hasn’t been so easy for anyone else, and you’d know it if you ever picked up a real newspaper.

Lately, it’s been getting harder for everyone.

So there’s no excuse for dealing out lame advice like this:

The internet has been drenched with advice like this lately. This kind of stuff might’ve helped ten years ago. Now it’s like watching reruns on Nick At Nite. It makes me feel downright nostalgic.

Boy, those were the days…

Millennials and zoomers have very little to look forward to, financially speaking. Our jobs suck. Our spending power is eroding daily. We can’t afford houses. We can’t afford cars, unless they’re about to break down. Our 401Ks will get eradicated once the next bubble pops, and our employers won’t let us withdraw the money before that happens.

Please cool it with the advice.

Side hustles have saturated our economy. Everyone’s got one now. Everyone’s looking for the next way to make money. It’s not news. Everyone wants to monetize their quirky little hobbies.

So the only real advice is to keep your eyes peeled for venues and platforms that celebrate what you do. Odds are, they provide some kind of way to monetize the skills you’ve got.

We all know this.

YouTubers have been making money off playing video games and opening boxes of toys for ten years now.

We’re aware of the pattern. Someone finds a new way to make money by doing something simple and easy, and then they make even more money by teaching a hundred thousand people how to do that thing, except those people don’t make nearly as much money. It’s like the guys who sold shovels to all the 49ers panning for gold in California.

There’s just a new layer. Now we’ve got people writing blogs and making videos about how to make and sell shovels. If you’re one of these people, do us a favor. Would you shut up already?

We’re tired of you.

We don’t need more people telling everyone how to make money by selling cheap plastic and fast fashion. 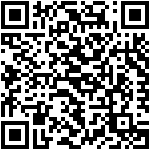