For the first time, this Facebook-owned communication service is testing the benefits of using WhatsApp without a smartphone.

With the new facility, the user will not be able to exchange messages even if the battery of the smartphone runs out.

According to WhatsApp, the app can be used simultaneously on a maximum of four devices, such as PC and Tab. It will be experimental for a few users in the beginning. It will be open to all at the end of the research and development phase.

WhatsApp has always been vocal about end-to-end encryption. They claim that no one can keep an eye on any message except the sender and the recipient. WhatsApp said that it will work in the new system as well.

BBC reports that there is already such an advantage in a service including signals. For example, if you register first from the signal app, then you can exchange messages without a smartphone.

While making the announcement in a blog post, the engineers of Facebook said, to do the job, the design of WhatsApp software has to be streamlined. Because, at the center of the current system of WhatsApp is the smartphone app where user information is stored.

At present, a WhatsApp account can only be used on a smartphone. If you want to login to another device, the previous one is disconnected.

WhatsApp says the new multi-device system will overcome that barrier. Then you don’t have to rely on a single smartphone as the source of the sent message. At the same time, it will be possible to update user information on multiple devices seamlessly and securely.

From a technical point of view, all the devices that will use WhatsApp will have different ‘identity keys’. WhatsApp will keep track of the identities which belong to the same user. WhatsApp will not need to store data on its own server. They do not have to take responsibility if the information is leaked.

However, Jake Moore, a security specialist for ESET UK, said that despite the emphasis on security, having messages on multiple devices is a matter of concern.

Apart from this article, you can read more Technology-related articles: Facebook Announces New Audio Product to Fight Clubhouse, Where to Buy Bluetooth Headsets Online in Bulk?, How to Feature Your Products or Services in a Promo Video, Data Loss Prevention Best Practices for Email. 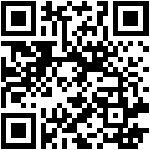