Now that the iPhone 13 has been revealed, it’s time to read the fine print to discover what we could have missed. And there was a lot of fine print this year.

There’s also some unexpected information concerning the iPhone 13 and iPhone 13 Pro. We also have some disappointing news regarding the Apple Watch and the upcoming iPad mini.

iPhone 13 Pro has a more powerful GPU than iPhone 13

The speculations about the new iPhones’ lower notch were true, although the difference is barely evident in practice.

Oh, and despite the reduced notch, the iPhone 13’s Status Bar still lacks a battery percentage.

256GB of storage is required when shooting in 4K using ProRes

This brings us to another aspect that was easy to overlook: you’ll need an iPhone 13 Pro or iPhone 13 Pro Max with at least 256GB of storage if you want to record ProRes footage in 4K resolution.

ProRes video recording on the iPhone 13 Pro will be limited to 1080p at 30fps for versions with 128GB of storage, according to Apple’s tech specs page (via MacRumors).

The reason for this is simple: shooting in ProRes at such a high resolution produces files that quickly consume your phone’s storage. In fact, if you’re serious about filming ProRes video, an iPhone 13 Pro or Pro Max with 512GB or even 1TB of storage is the way to go (though that last version will cost you).

ProRes isn’t going to be available right away

ProRes shooting is one option that won’t be available straight now, as Apple mentioned, but it was easy to overlook. It will be available “in a future iOS 15 updates,” according to Apple, and exclusively for the iPhone 13 Pro and iPhone 13 Pro Max.

This is a disappointment. The new Apple Watch 7, which looks to have the same chipset as the Apple Watch 6, does not appear to have a more powerful processor.

Sure, the new Apple Watch boasts a few improvements over its predecessor, the most notable of which is a slightly larger display. However, given that the design hasn’t changed and the CPU hasn’t been upgraded, one has to ask if waiting for the Apple Watch 8 is the best option.

This isn’t official information; it comes from developer Steve Throughton-Smith, who discovered the evidence in the most recent version of Xcode.

When the Apple Watch 7 is pulled apart, which should happen shortly after it launches later this fall, we’ll learn more about what’s inside.

There is no headphone jack on the iPad mini

The new iPad mini, unlike its predecessor, lacks a 3.5mm audio jack. 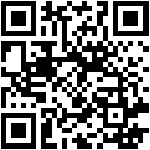